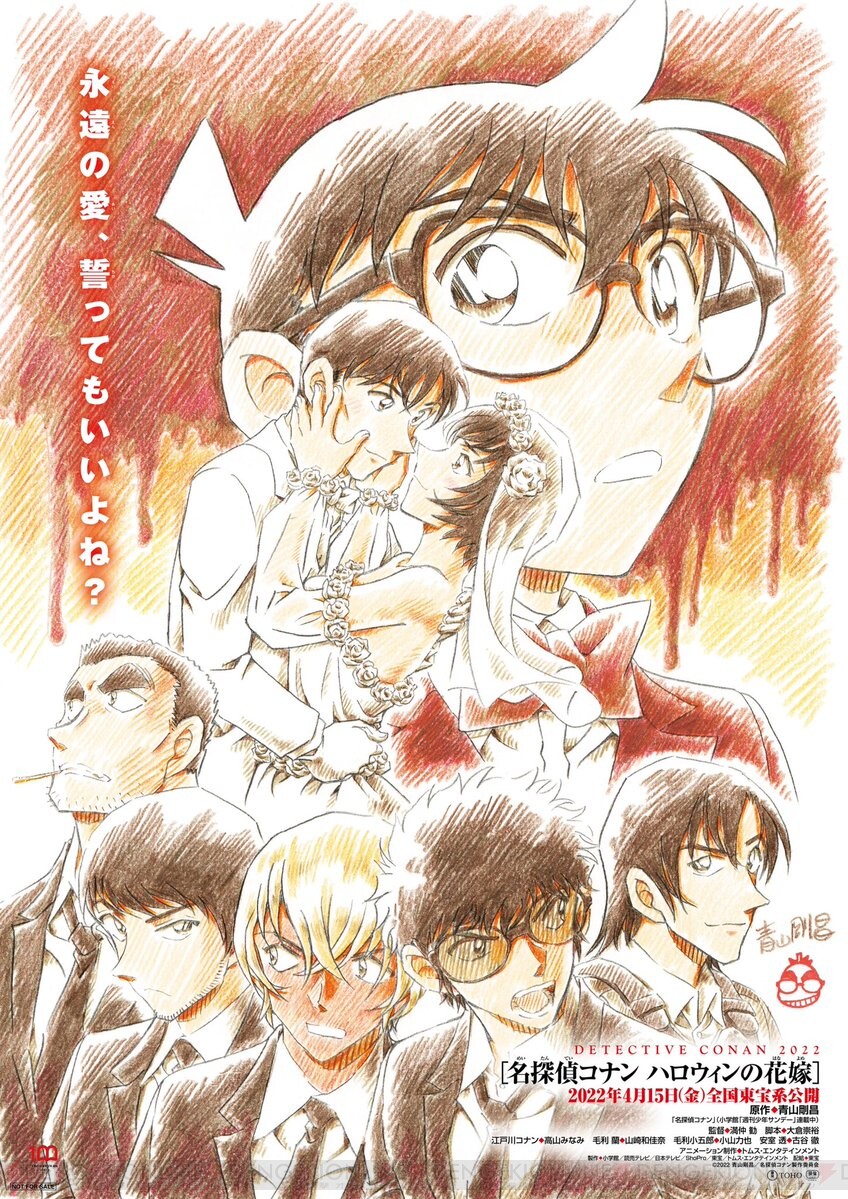 An anime movie released in Apr/2022.
This is the 25th movie of "Detective Conan".
In the past few years, the storyline has been focusing on the characters around Conan, and this film is centered on episodes with old colleagues from the police academy days of Furuya Rei (Amuro Toru) of the Public Safety Police. Of the five close friends, Matsuda, Hagiwara, Morofushi, and Date, other than Furuya, have been passed away, and they often appear in reminiscence scenes in this film, except for Morofushi who has infiltrated the Black Organization (code name: Scotch), and Matsuda plays a very important role in the film.
The fact that the enemy is a bomber is reminiscent of the 1st movie "Detective Conan: Clockwork Skyscraper," and there is a sense of going back to the roots of the film. But the current film is a profound story that is almost entirely human drama without Conan.
The Shibuya ward may have provided full support for the film, with Hikarie, the police station, and Miyashita Park appearing in the film with their real names.